There's wrapping paper everywhere! Is the answer to this week's puzzle on one of the scraps? Check it out after the break!

This week's puzzle was a variation on a Sudoku, using letters instead of numbers. Here's the solution: 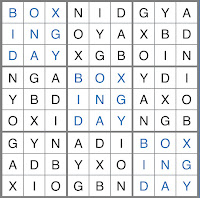 You could also solve by assigning numbers to each letter, since that's the way that most people approach Sudoku. That solution looks like this: 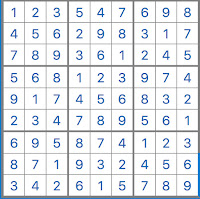 "Boxing Day" is a nine letter word, so each letter can be assigned a number, B=1, O=2, X=3, etc. In order to get numbers. This grid shows the numbers that are used to create coords. 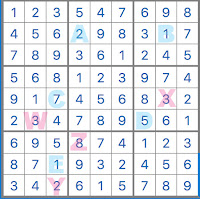 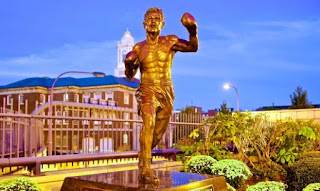 A statue of famed Boston boxer Tony DeMarco. (Boxing Day, boxer... see what I did there?) DeMarco was a native of the neighborhood where the statue sits, and lives there still. DeMarco began boxing at 15, borrowing the birth certificate and name of a neighbor (his real name is Leonardo Liotta), and quickly rose to the top of his weight division winning a world title in 1955.

The statue was sculpted by Harry Weber, known for his statues of athletes including Bobby Orr and Doug Flutie, and was commissioned by the Massachusetts Chapter of the National Italian American Sports Hall of Fame.
Posted by Unknown at 12:13 PM