I'm a little late on the answer to this week's puzzle, I'll admit. Someday I'll get ahead of schedule again so that my work perturbations don't slow down the blog, but for now... let' discuss Santa's Route!


This puzzle presented you with a series of GC codes. All of them linked to caches with Christmas related items in the title of the cache. The first thing you needed to notice was that each GC code only contained one numerical digit. For instance GCHPJ2, has only a 2.

Now that we have numbers... how do we order them? The key to that came in the description. One of the phrases there asked if Santa travelled "South to North," which is kind of an odd phrase as most people would tend to say "North to South."

If you take the coordinates for the caches and order them from South to North that gives you the order of the caches. GCHPJ2, GCR9VK, GC1VCFF, GC5QERK, GC5RQXY, GCJVJ8, and GC2HCBW or 29155382. Not quite enough numbers to make coords. 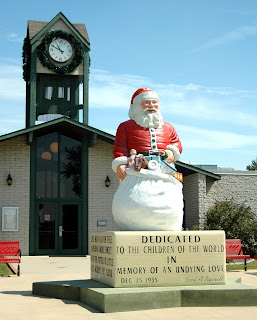 How did you do with the puzzle?
Posted by Unknown at 2:37 PM