Ready for the answer to this week's Mystery Monday puzzle? See it after the jump!

At the final coords you find the reason that the kids are so excited to get going... the coords are for the front gate of Tokyo Disney! 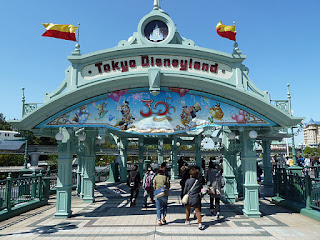 The Tokyo Disney Resort opened in 1983 and was the first Disney park to open outside the United States. It averages more than 17 million visitors a year, making it the second most popular Disney park, after Disney World.