The answer to this week's Mystery Monday puzzle, FCJ3SS2: Good Neighbors, is below the cut!

The puzzle was based on a Sudoku style puzzle called "Neighbors." Here is the answer: 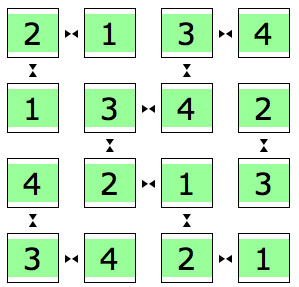 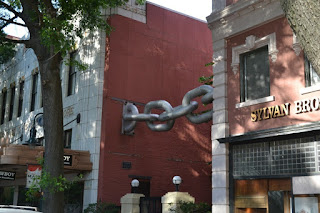 The chain is known as the "Neverbust" and was placed in secret by an artist known as "Blue Sky," who has a few other pieces nearby. The owners of the buildings knew that he was placing it, but the city of Columbia, SC, who own the park underneath the chain, had no idea. After it was unveiled they gave retroactive permission.